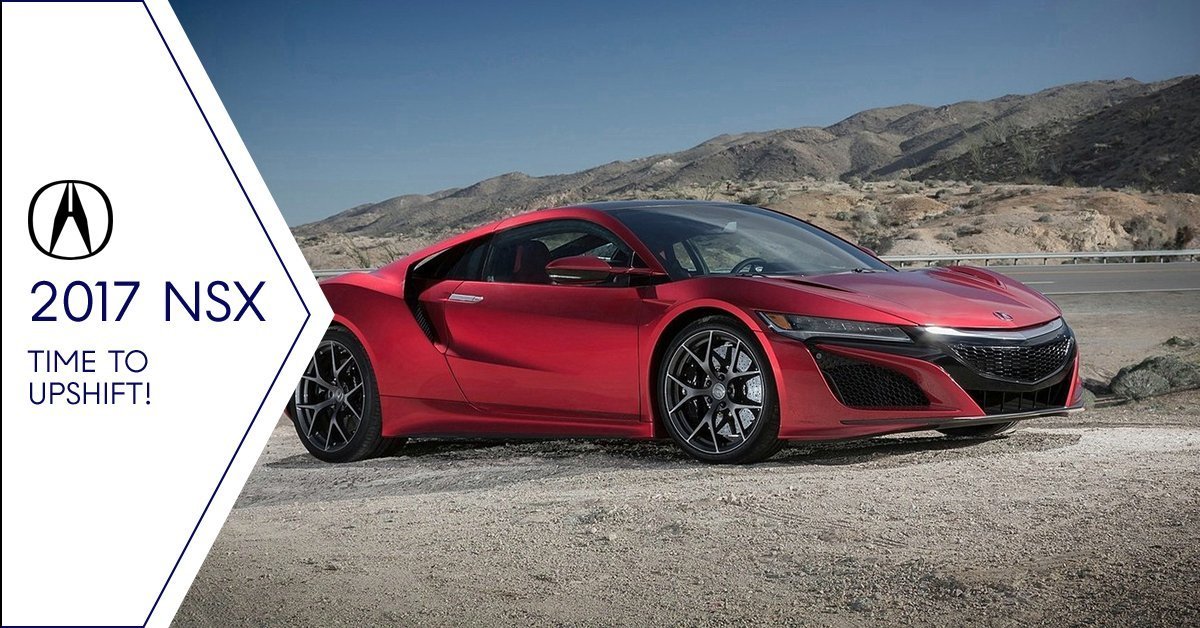 Let’s be honest for a second: when we want to please ourselves, we’re only looking for the very best, but sellers and manufacturers will never admit that their product is only the second or the third in its category. Fortunately, the difference between the first and the second is so easily noticeable in some cases that trying to dispute that fact would be futile. When we’re talking about supercars, it’s impossible to have a serious conversation that doesn’t start with “Acura NSX”. You’ll find this majestic vehicle at Acura Plus Blainville and you’ll quickly understand why some say that the NSX puts the “super” in “supercar”.

An argument for shallow people

It’s very, very easy to fall in love with the 2017 NSX - without even knowing anything about cars – just because of its look. It has the shape, the suspension height and the aerodynamics required to reach a man’s heart (or a savvy woman’s). At those that may accuse you of being shallow, answer this: the 2017 NSX is the first car in the world, all categories included, to feature a body made from multiple materials, which give it a solid structure with an unparalleled lightness. It’s not really a surprise considering that NXSs have their very own manufacturing plant (the Performance Manufacturing Center) where there are assembled by a hundred of the most brilliant engineers and technicians out there. The NSX is thus innovating in many regards even before being… su-performant.

Speaking of innovation and performance, how many engines do you think a supercar should have? 1, 2? All right, 3 then? The 2017 NSX got 4! A central 6-cylinder, 3.5-liter engine capable of producing up to 550 horsepower, 2 electrical in the back to assist the braking and speed shifting systems and another electrical specifically designed to help the front wheels’ motion. Is that enough super for you yet? Sit tight behind the wheel and rev that engine: the automatic, 9-speed transmission specifically built for the NSX by Acura, will show you how a supercar is supposed to behave on the road. If you’re afraid to mess up your haircut or to wake up your neighbors, put the car in Silent mode. You’re feeling adventurous, today? Go for Sport or Sport+. Finally, select the Track mode if, and only if, someone dare to suggest that the 2017 NSX is not the undisputed queen of high performance cars.

Performance shouldn’t be read about, but lived on the road. Go at Acura Plus Blainville, your Acura car dealer from Blainville, and ask to try the 2017 NSX.

Thanks! A representative will contact you shortly to present your with your credit potential.

SUBMIT
Your request was sent successfully!

It looks like you are using a deprecated browser, which might encounter problems properly displaying this site. For the best browsing experience, we recommend switching to Google Chrome.

A potential customer who visited your website has completed an online form on the following page {$CUSTOMPAGENAME}: